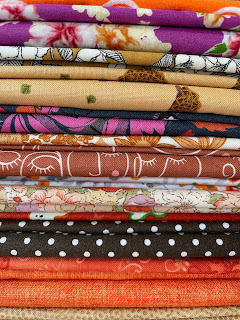 I eased myself gently into the week by making Nella and Fergus each a key fob to attach to USB sticks. I had sort of forgotten how the ScannCut machine worked so there were a few abortive attempts before I got the fuzzy T-shirt vinyl to stick to the mat the right way up. In the end I remembered that I had to mirror the letters so they would be the right way round after they got stuck down by the heat press. It all takes so much time to remember how to use gadgets after not playing with them for a while. 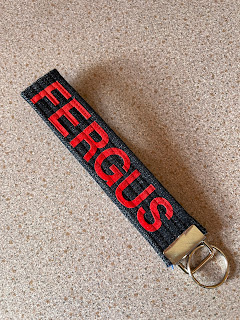 It took me the best part of 3 whole days to re-film an instructional video on how to set up a simple all-over pattern on a quilt using Q-matic. I was determined to stream 2 camera views and share my computer screen, recording the whole shebang into Zoom. For some reason I could not get my 2 cameras to behave in OBS (open broadcasting software) and by the time I worked out how to proceed the camera batteries were dead! I decided to order some fabric while I waited for them to recharge… 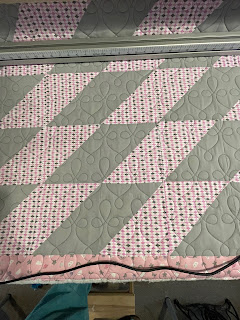 Eventually, I started to film my one-woman video - subsequently interrupted by the phone ringing, Nessie barking at the Postie and one or other camera randomly cutting out. If there were bloopers, viewers would witness a lot of swearing, muttering and huffing. Nella is managing to splice it all together in I-Movie which I should learn to do myself, I suppose. 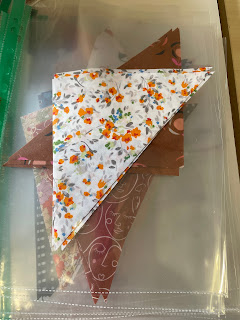 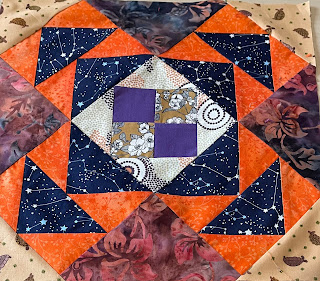 For ages I have been complaining that I don’t have a project so Nella suggested that I should make her an autumnal quilt since it is her favourite season. I decided that I could make another Goosey-Guddle quilt, based on a 30’s Feedsack quilt that I rescued from E-bay. I made the original GG quilt for Freya to go away to St. Andrews Uni 5 years ago. Of course, I could not find any written instructions on my computer but I did find some rough jottings in an old notebook so I decided to write them out properly and check that they actually worked. I ordered far too much fabric but in my defence, it is a quilt that needs to look you have rummaged through a scrap-bag. It’s not like I am spending any money on quilt trips these days so I don’t feel guilty. I am making myself 20 block kits and filing them into plastic pockets so I can easily take a couple into the house to sew if I find myself at a loose end;) 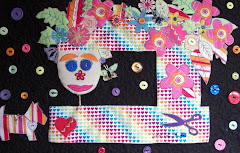